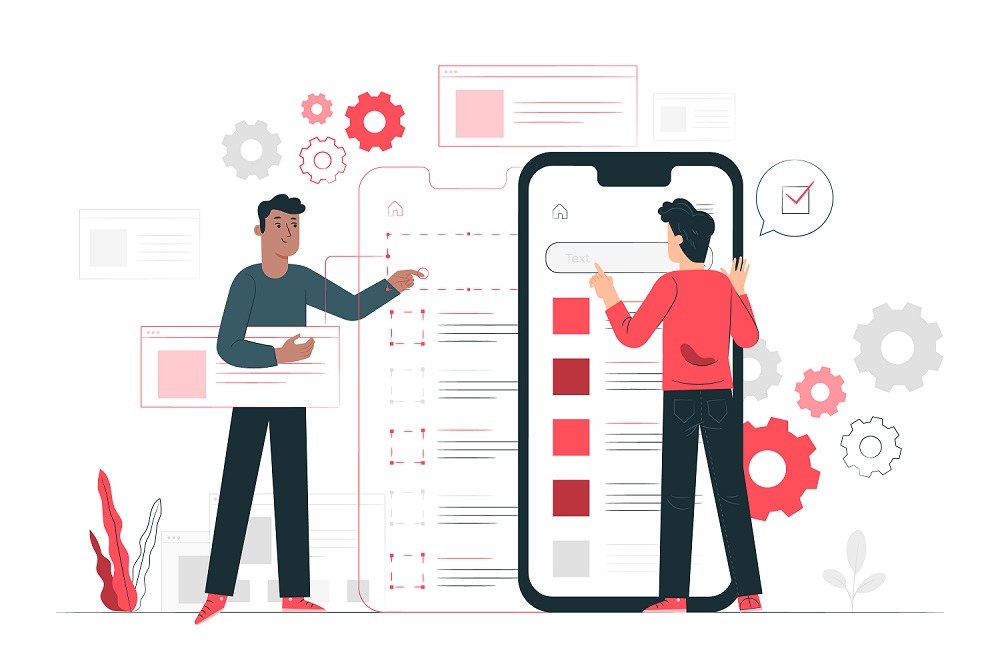 Application development has become a major contributor to advancing the world of technology. Developers all around the globe understand the need for highly functional apps, considering the exponentially multiplying usage of Smartphones.

An important part of app development is the testing process which enables testing for errors and checking for issues in the app. It has given birth to a huge market for mobile testing services which continue to expand with each day.

Application development doesn’t just involve hours of coding and intensive designing; it also requires testing the application to monitor its functionalities and check for bugs that need to be fixed.

The process for testing an application is generally automated or manual, depending on the type of application. Testing allows checking whether the code is consistent or not, reduces future costs, leads to efficiency, and improves the overall quality of the app.

While automated testing is capturing a huge share of the market, manual testing still remains the preferred choice for most applications. To provide an excellent user experience, manual testing of the application allows developers to understand the quality at a human level and understand what changes need to be made from a user’s perspective.

The application testing process is crucial for the success of any app. It is a method of quality assurance and confirmation that the final output of the project is feasible, functional, and compatible for the user. The testing process also factors in the type of application developed, which is either a mobile application or a desktop application.

Automation testing is a quick and definitive method which makes regression testing and executing test cases easier. Automation tools are utilized in the testing process and it requires a huge amount of money and efforts. It follows a predetermined path of testing and doesn’t require any human personnel to monitor it.

Advantages of an automation testing tool

1. Efficient testing method for large-scale mobile applications
2. Accuracy of results in the testing process
3. Multiple tests can be executed at a single instance
4. Scripts can be re-used in testing
5. Complex applications can be quickly tested and frequently

Automated mobile testing services cover a range of testing functionalities which are not generally provided in manual testing. It reduces the cost of the large-scale project and eliminates the need for monitoring the testing process for irregularities.

Selecting an automated testing tool depends on a variety of factors including the capability to test databases, error-free recovery, user-friendliness, and many others.

Three of the top automated testing tools include –

1. mabl – A delivery pipeline-based testing tool which improves the quality of the application.

2. Tricentis – The most common testing software which transformed the process for DevOps

3. Selenium – An open-source tool used for regression testing which can be utilized with AI.

However, automated testing has its fair share of limitations. In the agile development ecosystem, automated testing doesn’t work efficiently as every sprint change calls for a feature upgrade or iteration which makes the testing process tedious.

Automated testing tools fail in the sprint cycles due to such a huge number of changes in the development flow. Thus, small scale applications avoid using this testing methodology as it only allows pre-determined code and configurations to be tested.

Even though automated testing can deliver results, the process still needs humans to understand errors at a more comprehensive level.

Unlike automation testing, a manual mobile app testing company provides services where human intervention is necessary for the testing process.

Some say that automation testing can never replace manual testing. It has been in use since forever and is not likely to lose its essence in the coming years.

Testing an application manually allows developers to properly judge what caused the crash and how they can enhance the user experience.

One major benefit of manual testing is that it can address random and unexpected errors, unlike the automation testing tools, that only test errors which they are programmed to test for.

Manual testing allows stimulating the user experience for the developers and understanding the errors a user might face.

Replicating the user-experience offers an added advantage to fix issues that would go unnoticed in automation testing. If a user finds a bug in the application, a proper solution can be attained by replication of user experience.

Device compatibility and user interface are two such factors which can’t be tested with automation. A high-quality application is based on what the users expect from the app and how effectively it is delivered to them.

Exploratory testing involves analysis, knowledge, creativity, and experience, and manual testing is the perfect way to conduct it. It enables users to explore scenarios that weren’t predetermined like those in automation testing. Manual testing also enables developers to comprehend if the application is user-friendly or not.

The final outcome of manual testing is much better than automated testing, considering it is based on valid reasons and proper modifications. After all the errors are eliminated, the application is ready to be launched.

Mobile testing forms an important part of the application development process. The ultimate output of all the efforts has to pass through the testing filters before it reaches the user.

The user only experiences the final app which is why it is important to check the quality of the app before its release. Both types of testing methods have their pros and cons but it depends on different factors which one to choose.

Sunit is a professional web designer with over 12 years of experience in creating and maintaining high-quality website design. Presently, he is working with a USA based website and mobile application development company. Sunit enjoys spending his time creating unique designs, reading, and writing. He loves writing on topics such as web designing, designs, lifestyles, gadgets, and technologies.