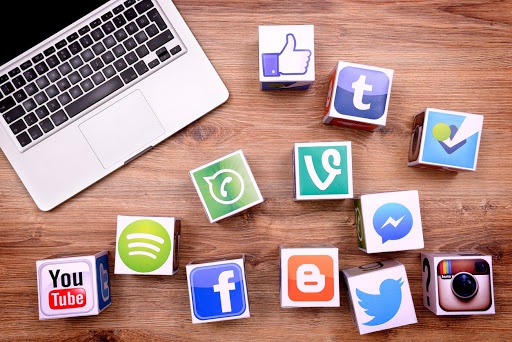 Of late, the role of social media is decreasing in our day to day lives as spending lesser time on social media platforms has become more mindful about social media behaviors, and putting less personal information in the public domain.

However, the surging Pandemic that has become more vicious and venomous since last year has changed things quite dramatically. For example, in the beginning of April itself just under half of consumers said they are spending longer on the social media, as compared to data from last year in our coronavirus research.

Though, infection levels in the larger parts of the world are beginning to stabilize from the initial spike, still 43% admit logging in for longer hours because of the outbreak, and apprx.19% today admit they’ll carry on spending longer on social media.

Having said that, old assumptions about social media have to be now re-examined. Undoubtedly, the role of social media in users’ lives has evolved and diversified to a new high during the pandemic, and this is how it happened.

Is it News that you search on the Social media?

If we begin tracking social media behaviors for last 6 years, one thing that is quite noticeable is the way news consumption on such platforms has been steadily growing, but the outbreak of a pandemic has put this habit right in the forefront-and-center. Doom scrolling has become the new phenomena. Actually, it’s directly connected  to reading a long stream of disheartening, and sad headlines on the social media channel related to the pandemic and the heavy human toll it has taken in over last one year. The word may enter our dictionaries soon, and that reinforces how influential it’s been as a news source throughout the corona crisis.

Although, initially the demand for up-to-date information in the early stages of the crisis was not possible, but social media finally caught up and provided quick and easy access to relevant updates.

Since then, it has become a norm for all the leading social apps like Facebook, Instagram and Twitter to have regular updates on the pandemic. In fact, new social media players like Helo, Vero, and Connected India too joined the bandwagon recently, and understood the need for wide coverage of the rampaging pandemic and did what was supposed to be done.

If we look at the current data, it shows that using social media to stay updated with news and current events is usually the number one reason for getting logged in globally, at 36%.This is true for all age groups except Gen Z, who are more keen to visit social media channels for fun and entertainment and to kill up their spare time. Moreover, the reasons for why

Gen Z aren’t too far behind their older counterparts in using social media when it comes to reading the news on social media is the fact that they just have more diverse reasons for using such platforms.

Social media companies after becoming virtual news hubs bear increasingly more responsibilities for preventing the spread of misinformation, as the list of consumer demands continue to escalate in the background.

For instance, almost 73% in the U.S. and UK now admit that social media companies should remove unverified news stories and fake news that are posted on their platforms, as it was found through a custom research in June. However, older users, who are generally less trusting of news on social media in the first place, are now even more demanding of social media companies in this area.

Although, social media is traditionally used to keep up with the news today, it’s not enough as now more needs to be done to earn the users’ trust beyond topics surrounding pandemic, to ensure it becomes a sustained post-outbreak behavior.

Is Social media for fun and entertainment?

We shouldn’t make it look so tacky to say that social media is essentially for fun and entertainment. As a matter of fact, it’s far more than that. In fact, this was the answer Jason Derulo gave when asked if he earned $75 thousand per video on TikTok.This is the virtual world of social media we live in now – go viral or go home.

However, discovering funny or entertaining content is the third most popular reason at 33% why we visit social media today in the first place, just behind filling up our spare time (34%).

This particular reason is mostly cited by our youngest demographic – Gen Z (40%) – but at the same time this also happens to be the prominent reason among millennials (35%).

Actually, the idea of social media channels evolving into entertainment and fun platforms is nothing new, but the outbreak of a pandemic has shifted the focus away from passive consumption of content, to users also creating it themselves.

At the peak of pandemic spread, creating and uploading videos on platforms like TikTok was one of the few online behaviors accelerated by COVID-19 that has witnessed a continuous engagement throughout this pandemic period.

Earlier, social media was primarily for the “social” activities. Prior to the outbreak, the social media’s role in encouraging sharing, connecting, and socialising is now gradually being replaced by more passive and purposeful activities, such as researching brands and consuming content online.

To put this fact into the right perspective, few years back people were only using social primarily to stay connected with what their friends were doing and sharing their opinion or details about their personal lives. But today, all these purely “social” activities have seen almost a 40% drop in the engagement and in the absence of social interaction elsewhere, consumers have once again started seeking community connection through multiple social channels. The present crisis has to some extent brought back the “social” aspects of social media.

Chandrakant is an avid blogger, vlogger, and a poet. He writes on wide topics such as lifestyle, hobbies, economy, politics, and contemporary issues. He wore many caps in past as an investment banker with the Morgan Stanely, Brand Manager Rotring, Vice President Konica, and also successfully launched a startup Kentronics. He was also a mentor and content writer for the online news portal We for News, and Livesalesman Inc. In his free time, he writes poetries, and lyrics, goes on hiking and photography.  He is working as a content writer for a revolutionary and path breaking all in one app Connected. This app will be shortly launched for matchmaking, dating, professional interaction, and the counseling services