Skip to content
Home » How Do You Get 4 Green Sockets in Path of Exile? 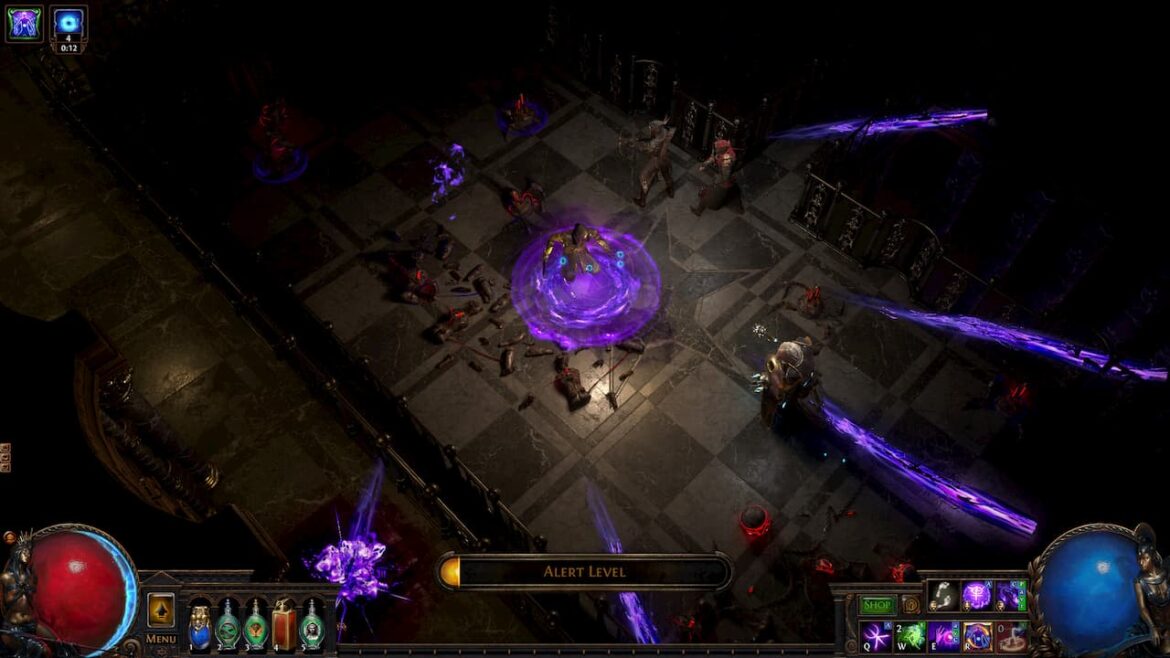 Path of Exile is an online free to play action video game, which is designed and published by the Grinding Gear Games. In an open beta phase, the game was first released in October 2013 for Microsoft Windows. Path of Exile is the game of a dark fantasy world, where the government of the island’s nation exiles the people to the continent of Wraeclast. Players of the game can choose one character from seven-character classes by taking the control of an exile. Players can get the empire back by defeating the ancient gods & great evils during the journey. It is beneficial to use the Vorici calculator that shows how many chromatic orbs are required to change the color of the socket on an item.

What is Chromatic Orb in Path of Exile:

The chromatic orb in path of exile is known as PoE Currency, which is used to re-roll the color of the sockets on the weapon or just a piece of an armour. In general, you can use the Orb to change the color of the sockets on an item while playing Path of exile. You can get the orbs by selling the items with the sockets of any color. It is one of the common ways to get the orb. When it comes to the success chance of a chromatic orb, it’s better to use poe chrome calculator to determine the craft type, average cost, success chance of chromatic orb and standard deviation.

How to Get the 4 Green Sockets:

Chromatic orbs are usually used to change the color of the sockets of an item. Sockets are more likely to change the color, which is according to the attributes of the equipment. if the attribute requirements are higher, then the chances of changing the relevant color of the socket will be higher. The red socket is for strength, green is for dexterity, and blue is for intelligence. It is possible to get the blue, red, or green socket by using the chromatic orb while for white socket it is important for you to use the Vaal orb. It might be critical, so you can use the Vorici calculator that displays the average attempts & cost per try in chromatics.

When to Use the Chromatic Orb:

If you want to avoid the randomness or wants, get a particular color combination for the sockets, which is unlikely on certain items. So, you can use the crafting bench recipe that you can get in the Delve mine. At the time of obtaining the socket colors, which is already biased towards the usage of chromatic orbs. it is also less costly as compared to the bench. On the other hand, to get the desired socket color for which the item is biased against, then it is typically much more expensive than using the bench if you are using the chromatic orbs. There is no doubt that calculations for the chromatic orbs are complex, simply try a chromatic calculator that shows the average attempts for the chromatic orbs depending on total sockets, requirements, and desired color.

How to Use the Chromatic Orb

in Path of Exile:

Here how you can use the chromatic orb in the path of exile:

In this guidepost, we have discussed how to get the 4 green sockets in the game “Path of Exile”. We also took into account how to use the orb to purchase the particular color socket on an item. When it comes to purchasing the specific color socket, then it is very difficult to calculate the cost. To avoid the calculating issues, you can get the assistance of an online Vorici calculator to perform the cost calculations for sockets on any item.