Skip to content
Home » Native vs Hybrid App Development: What to Choose in 2022? 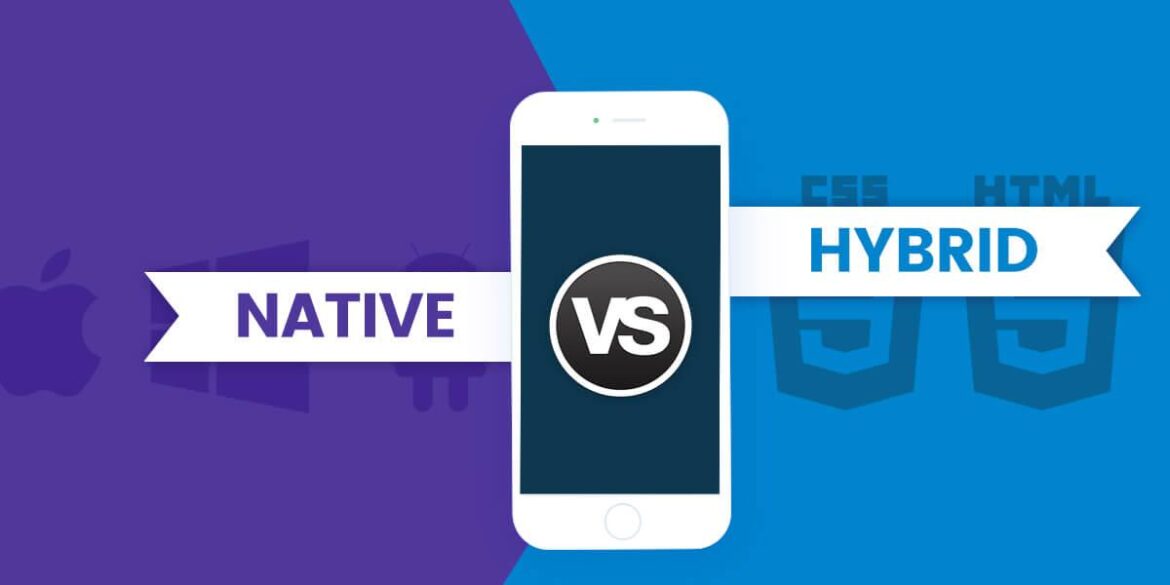 Users desire apps that are quick, safe, and personalized. That is what corporations must strive for.

But the question is “Which method is better for developing mobile apps?” Hybrid or Native App Development?

The “native vs hybrid app” controversy is still ongoing. In truth, just like any other technology, native and hybrid mobile app development methodologies have their own set of advantages and disadvantages.

In 2023, global app downloads are expected to exceed 299 billion. These figures show that firms have a lot of chances and competition. Mobile apps have proven to be the most efficient commercial tool. Their ability to engage with customers is unmatched.

What is Native Application:

A native app is a software programmer created specifically for a mobile operating system.

Native apps are made with specific programming languages that support only one operating system at a time. Commonly Objective C or Swift are used for iOS. On the other hand, for android, Java or Kotin are the best options.

The utilization of distinct frameworks is required for native app development in Android and iOS application development.

What is Hybrid App Development?

Hybrid apps are a combination of web apps and native apps. These apps are created using a single code base that allows them to work across numerous channels and platforms. Hybrid App Development takes place by developing single app that is compatible with both iOS and Android.

These apps are made with cross-platform frameworks including React, Sencha, Xamarin, and Ionic, and are written in JavaScript or HTML5. It has a back end code wrapped in a native container that is downloadable and loads the code using a webView.

The three most common frameworks for hybrid app development are listed below.

When an app is created for a specific operating system, it comes with high-performance statistics. This is due to enhanced memory and storage efficiency, which is achieved through code. Native mobile apps are also simpler to customize and use.

Native apps can provide new entrepreneurs with a superior user experience. Because native app development follows criteria that ensure a better user experience that is fully aligned with that operating system in every way. Furthermore, because native apps adhere to the rules, users may engage with the apps using gestures and activities that they are already familiar with.

Native programmers, rather than hybrid apps, can take full advantage of hardware capabilities. As a result, it offers excellent data security to users.

4- Bugs with a Limited Range:

When compared to a single codebase, such as in native app development, managing two different codebases becomes a difficult process. Because native programmers have a single codebase and don’t rely on cross-platform tools, they have fewer issues.

Because hybrid apps rely exclusively on web technology, they are easier to maintain than native and cross-platform apps, which need more complex development.

Although hybrid app development doesn’t need to write separate code for each platform, they can run on both iOS and Android with nearly identical code.

A single piece of code may be used on both iOS and Android devices, saving time. It saves time for a hybrid app developer to only work on one piece of code.

Native app development must be built separately for each platform; it takes more time. It takes longer to design a single native app than it does to build a hybrid mobile app.

An increase in development time is associated with a rise in costs. Furthermore, each platform code has its own set of upgrades and releases, which adds to the price.

Due to the interface’s requirement to be compatible with both systems, certain functionality is threatened. In comparison to native apps, hybrid app development has a less robust user interface.

2- There is no offline support:

Hybrid apps don’t have the same offline capabilities as native apps. Users must wait for an Internet connection before using the app’s features.

Native, or Hybrid: Which Is the Better Solution for Businesses?

Mobile apps provide customers with a more comfortable experience by allowing them to access a variety of services, from banking to ridesharing.

If you just want to target users of one operating system, native app development is the good choice. Because they are tailored to the demands of a specific platform, native applications provide a superior user experience.

Hybrid applications are a great alternative if you don’t want to spend a lot of money on your app but yet want to achieve cross-platform recognition. Their cross-platform utility will create more revenue, and they’ll be able to run for a shorter period of time.

Each of the app types discussed above has its own set of benefits and drawbacks. Choosing the best option involves a deep understanding of your company’s needs. However, before choosing a mobile app development business, think about what you want from the app.

Zak Brooks works as a logo designer at best logo design services. He knows the future of Hybrid App Development and tries to make things more understandable for students through workshops.