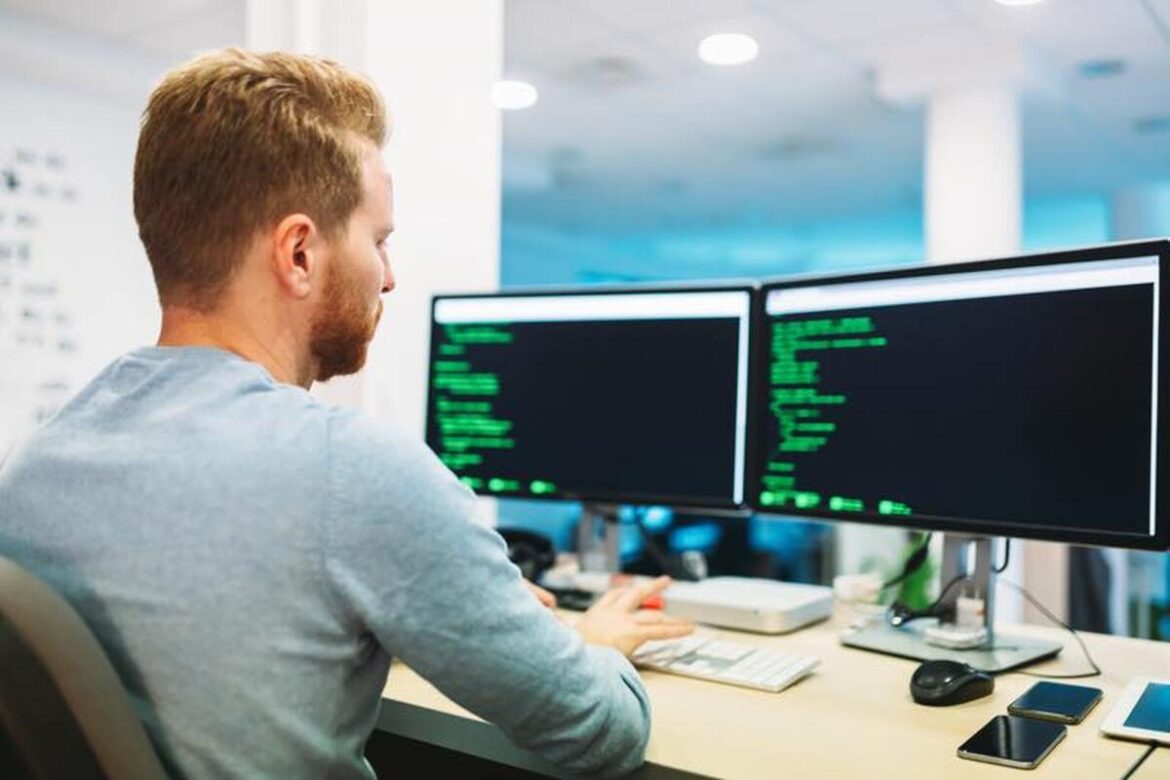 Python may not be the most popular programming language on the internet, but it is well-designed and offers several features that attract newbies and encourage experienced developers to move to Python. Python’s straightforward syntax and readability make learning it a lot simpler than other languages like Java and C++. The Python programming language has a wide range of applications in the software industry, however, most developers work with backend components, linking applications, and assisting frontend developers in online applications. Many Python programmers have recently joined mobile app development teams to increase the language’s usability in mobile computing.

This offers a conducive environment for learning. So many people question, “How do I become a Python programmer?” If you want to join the worldwide market of Python developers, there are a few measures you can do to help you along the way.

Who Is A Python Developer?

Although there is no textbook definition for a Python developer, there are certain areas and job positions that a Python developer may fill based on their skill set. Web developers, Software Engineers, Data Analysts, Data Scientists, and Automation testers are all examples of Python developers. As a result, a Python programmer can be any of the above.

How To Become a Python Developer?

When you’re learning a new language, consistency is crucial. We advocate making a daily commitment to code. Muscle memory plays an important role in programming, against popular belief. Committing to coding on a daily basis will greatly aid in the development of muscle memory. Though it may seem difficult at first, start with 25 minutes per day and work your way up from there.

As you grow as a novice programmer, you may ask whether or not you should be taking notes. Yes, you must! In fact, studies show that taking notes by hand is the most effective method for long-term memory retention. This will be especially useful for individuals aspiring to be full-time developers, as many interviews will require them to write code on a whiteboard.

Writing by hand may also help you design your code before you transfer it to the computer once you start working on tiny projects and applications. If you write out the functions and classes you’ll need, as well as how they’ll interact, you’ll save a lot of time.

The interactive Python shell will be one of your finest learning tools, whether you’re learning about basic Python data structures (strings, lists, dictionaries, and so on) for the first time or troubleshooting an application.

When you’re learning, it’s crucial to take a break and let the information sink in. The Pomodoro Technique is well-known and effective: you work for 25 minutes, take a small break, and repeat. Breaks are essential for a productive study session, especially when you are taking in a lot of new knowledge.

When debugging, breaks are extremely crucial. Take a pause if you run into a bug and can’t figure out what’s wrong. Take a break from your computer and go for a stroll or have a conversation with a buddy.

When it comes to hitting a bug, it’s unavoidable that you’ll run across one once you start building sophisticated applications. It occurs to everyone! Don’t be irritated by bugs. Instead, take joy in these times and see yourself as a bug bounty hunter.

It’s critical to use a systematic approach while debugging to assist you to figure out where things are going wrong. A good approach to accomplish this is to go through your code in the order it is performed and make sure each portion works.

Tip #6: Surround Yourself With Others Who Are Learning

Though coding may appear to be a lonely job, it is really more effective when done in groups. When learning to code in Python, it is critical that you surround yourself with other individuals who are learning as well. You’ll be able to share the tips and techniques you pick up along the journey.

If you don’t know anyone, don’t worry. There are several opportunities to meet folks who are enthusiastic about studying Python! Join PythonistaCafe, a peer-to-peer learning network for Python lovers like you, to find local events or Meetups.

It is claimed that teaching is the finest method to learn something. This is especially true when studying Python. This may be accomplished in a variety of methods, including whiteboarding with other Python enthusiasts, writing blog entries describing freshly acquired ideas, making videos describing what you’ve learned, or simply chatting to yourself at your computer. Each of these tactics will help you cement your comprehension while also revealing any gaps.

Pair programming is a methodology in which two developers collaborate on a job at the same time at a single workstation. The two developers alternate roles as “driver” and “navigator.” The “driver” is in charge of writing the code, while the “navigator” is in charge of guiding the problem-solving process and reviewing the code as it is developed. To obtain the best of both worlds, switch regularly.

Result-oriented Technology expert with 10 years experience in education & technology roles. Passionate about getting the best ROI for the brand, associate with Global Tech Council.