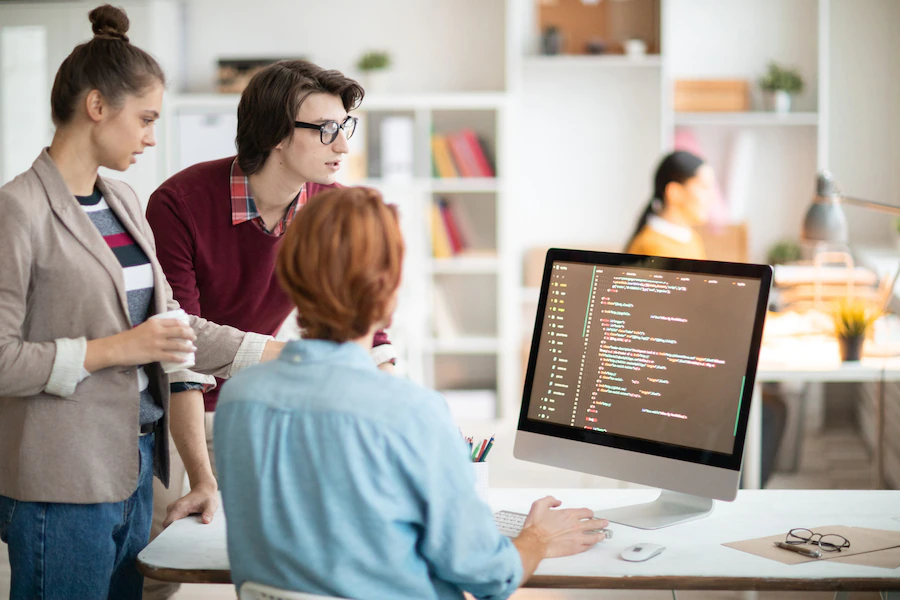 If you want to perform accurate and effective testing of modern software, you have to use all possible management methods that help to track the testing stages which in turn will improve its quality and usefulness for end-users. Such techniques are called monitoring and control of software testing.

In this article, we’ll analyze in detail these 2 methods, testing metrics, and see how they can be helpful.

Test monitoring is a special process of analyzing the progress of testing, its compliance with previously outlined requirements (for example, in the content of the requirement specifications), as well as a way to provide feedback to all interested parties.

In simple words, the process of software test monitoring is used to ensure that the current state of all the planned tasks meets the previously set plan.

Another no less important and relevant is the process of test control. It occurs based on the results of monitoring of all tests performed.

At this stage, all priorities of the testing activities are reviewed, the schedule is changed, and, if necessary, the test environment is reorganized. All this is necessary to improve the quality and efficiency of any activity that is associated with software testing processes, one way or another.

Test control makes it possible to observe whether testing deviates from the intended course and whether it meets the previously set goals. In other words, if a QA engineer during monitoring finds some vulnerabilities that may hamper to release of qualitative software, it’s time to perform test control which is aimed to prevent all negative scenarios.

It follows from all of the above that testing control is inseparably connected with monitoring processes.

Test Metrics: Concepts and Characteristics of Use

Test metrics are special indicators that allow estimating the progress and quality of the software testing procedure in numerical form. For example, they can be displayed as a percentage or as a ratio of several characteristics.

Metrics also help to understand if the work progressing properly, and what software vulnerabilities have already been detected. It’s much easier and more effective to fix defects when they are confirmed by facts and visual indications.

Before you start planning what metrics exactly to use during test monitoring, you need to ask some questions like:

According to these questions, we can specify important test metrics:

The final stage of monitoring is the preparation of a so-called report on the progress of testing for a specific project. As a rule, it consists of the history of changes, basic data about the project, metrics analysis indicators, a group of potential testing risks, as well as ways to prevent them.

So, actually, testing metrics and test monitoring are integral mechanisms for the implementation of high-quality software testing in any modern software testing company. Their use is a good opportunity to visually make sure that the completed processes are going according to the planned scenario and that there will be no “surprises”.