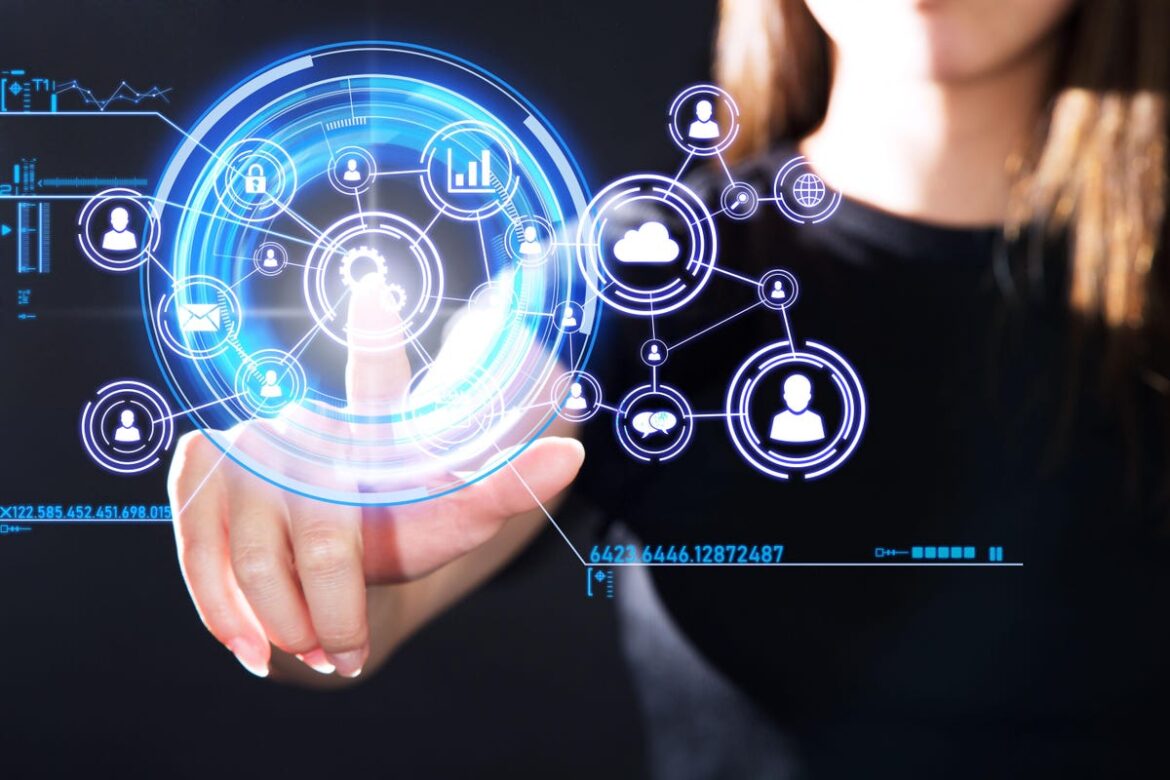 The internet is an ever changing and expanding environment. As new businesses and sites add programs and websites to the internet, the manner in which we use it changes as we learn in adapting to new technologies. The technology giants consider the current internet age to be the end of the Web 2.0, following the commencement of Web 3.0 just knocking at the door. Now the question is what is Web 3.0? How Web 3.0 uses blockchain technology? Keep reading to know more.

Web 3.0- Web 3.0 refers to the internet services’ third generation that enables applications and websites to function. Peer-to-peer applications like blockchain as well as AI are expected to power Web 3.0. The primary distinction between Web 2.0 & Web 3.0 is the latter is more concerned with using innovative technologies such as AI and machine learning to develop higher personalized content for every user. Web 3.0 is also expected to be more secure compared to its predecessors due to the system on which it is built.

Blockchain- Blockchains are created of blocks that contain data. Each block possesses a distinct “hash” that distinguishes it from the other blocks. Such blocks are then connected in chronological order by a chain. Because the data stored in these blocks is permanent, it is a highly secure means to conduct online transactions.

Here lies the reason why crytocurrencies like Bitcoin rely on blockchain technology. After all this technology offers crytocurrencies the security and the platform they need to function. Such records or blocks are stored on the online servers which are accessible publicly yet to you only and anyone you have shared this block with.

How Web 3.0 and Blockchain Work Together?

Blockchain is truly Web 3.0’s foundation; without the systems offered by blockchain services, Web 3.0 could not be possible. The enhanced privacy and security provided by blockchain are being used by Web 3.0 developers to entice internet users. Because blockchain is a system that is decentralized, no one point of control can be easily hacked. The internet and individual websites in general would be much secure against attacks under Web 3.0. Users would not have to be concerned about their data being compromised or deleted. Web 3.0 & blockchain, when combined, will improve cryptocurrency mining and trading.

Importance of Blockchain Technology in Web 3.0

The most vital facet in web 3.0 examples like Alexa and Siri voice assistants, demonstrates how ML can develop a novel range of internet services. Aside from signs of machine learning & connecting machines via IoT, the Web 3.0 would be based on decentralised protocols. Thus, it is critical to identify a possible conjunction of blockchain technology in web 3.0. Automation via smart contracts, interoperability, censorship-resistant storage of P2P data files censorship-resistant storage, and seamless integration, are all features of third-generation web networks. Hence, it is quite clear that blockchain will be a chief driving force in Web 3.0.

Blockchain technology is transforming traditional approaches to data storage & management. In layman’s terms, blockchain provides a unique amalgamation of data/universal state layer that is managed collectively. This unique state layer allows for the development of the value settlement on the internet. The state layer aids in the copy-protection of files, allowing for efficient P2P transactions sans the use of intermediaries.

Ways in Which Blockchain Technology Paved the Way for Web 3.0

One of the foremost points to draw the outline for the latest web 3.0 was the advent of Bitcoin. The Bitcoin blockchain as well as other protocols aided in the creation of networks in which hackers would require breaking into several houses all across the globe in order to access data in a single house. As it facilitated data storage in several copies of P2P network, the blockchain technology laid the groundwork for web 3.0 definition. The protocol contributes to the formal description of management rules. Furthermore, the protocol guides data security through maximum consensus from all network participants. Participants are compensated in native network tokens for their contributions to network security and maintenance.

Blockchain is truly Web 3.0’s foundation, particularly when considering how this transforms data structures within the web’s backend. Most importantly, it aided in the creation of the governance layer that would run on top of the existing internet. The governance layer can now enable two strangers who do not trust one another to settle transactions and reach agreements over the internet. Surprisingly, the blockchain functionalities in web 3.0 would primarily focus on announcing a backend revolution. From a technical standpoint, web 3.0 can be thought of as an assortment of blockchain-based protocols aimed at changing the internet’s backend wiring. Most importantly, it is simple to think of blockchain like a distributed world computer which will alter our perception of the internet.

Examples of Blockchain Technology in Web 3.0

Follow is a highly prominent example of web 3.0 with explicit blockchain functionalities. The autonomous, decentralized organization has developed a revolutionary decentralised social protocol especially for the next-generation of web services. Follow’s blockchain-based social protocol aims to give users complete control over their data and social identities. The creation of web 3.0 also lays emphasis on the development of novel social infrastructures that must adhere to the internet’s core precedents. Blockchain eliminates the requirement for trusted intermediaries while also allowing networks to collectively remember user interactions or previous events. As a result, blockchain is unquestionably an important force in expanding the potentials for the internet through improved decentralization.

Companies that are already utilizing Web 3.0 artificial intelligence technology comprise Amazon with Alexa, and Apple with Siri. Both companies use voice-controlled AI to provide customers with real-time solutions to their questions. Web 3.0 would make internet access available to all at any time. In fact Amazon has taken steps to incorporate smart devices, which fall into the Web 3.0 category, into their Alexa products. A smart device allows a user to communicate with and/or control several devices either through their voice or from their phone. However, cryptocurrency such as Bitcoin is a highly talked-about Web 3.0 technology which is in use already.

While widespread adoption of the Web 3.0 is an aspiration still, we can see the beginnings of its potential. Blockchain is being used by the internet in moving towards the succeeding evolution of the web, from cryptocurrency up to smart devices. While few of these changes could appear perplexing to those outside the technology industry, there is no need to be concerned about all of them happening at once. Because changes to the net take money and time to develop, they are often gradual, giving the average user the time for learning and adapting.

I currently work as a Team Lead in a market consultancy firm. An Electronics & Tell-comm engineer by education, I have prior experience in technology firms like Web 3.0 uses blockchain and market research.